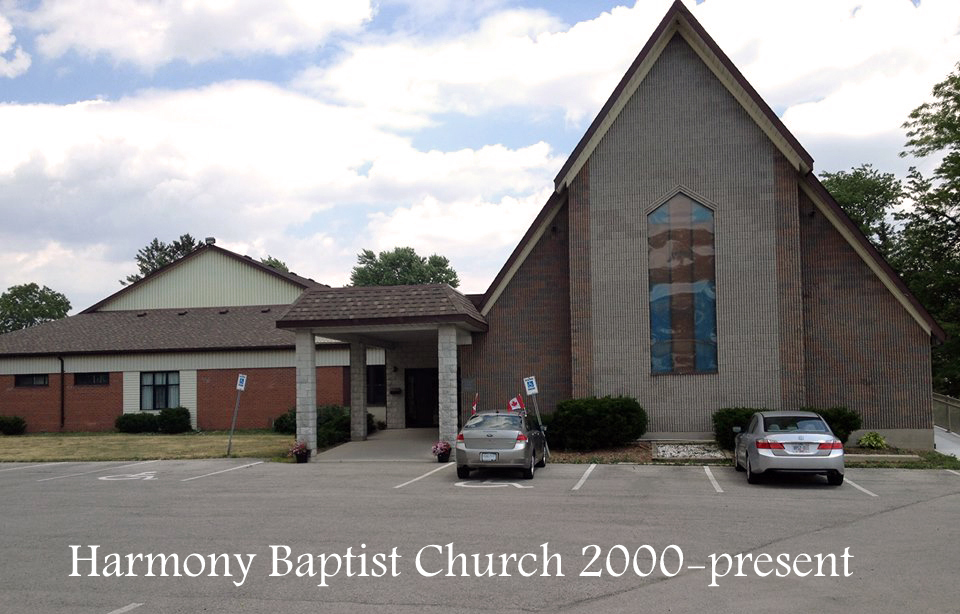 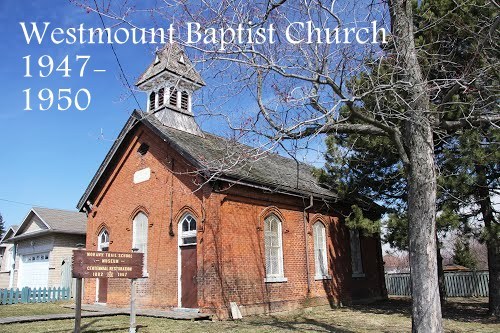 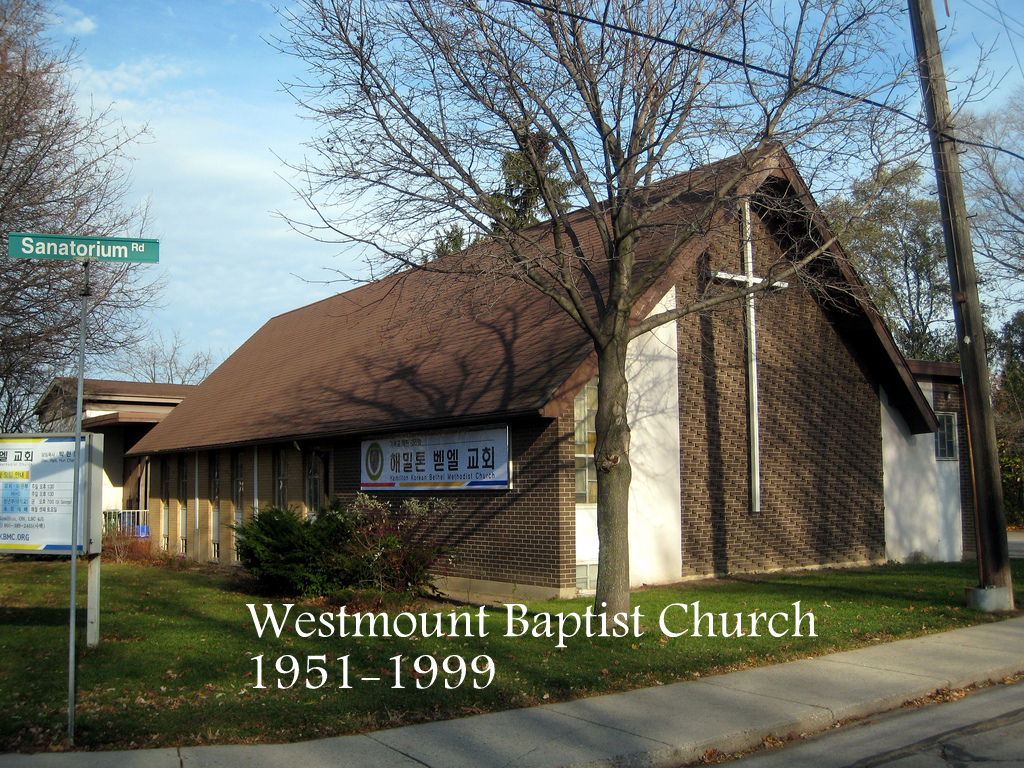 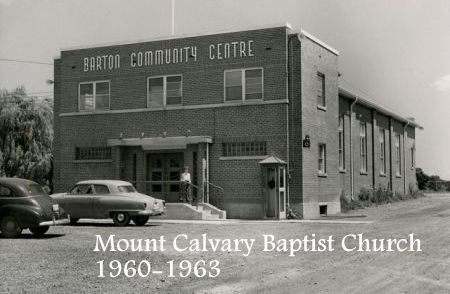 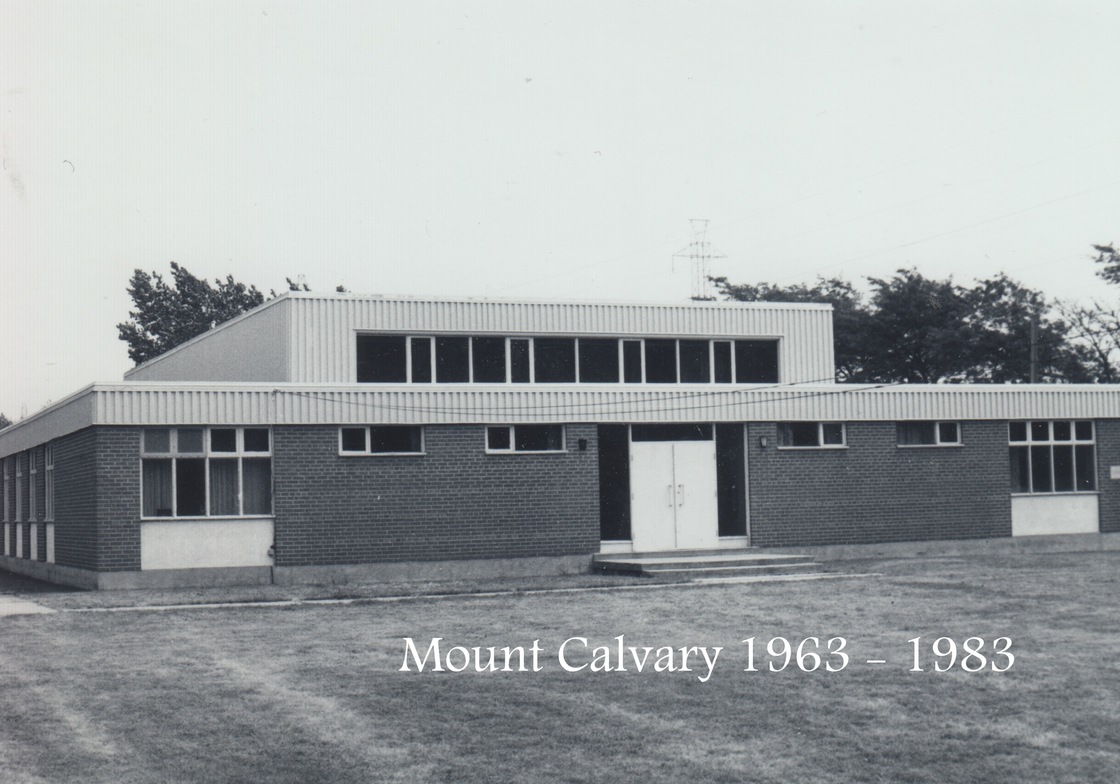 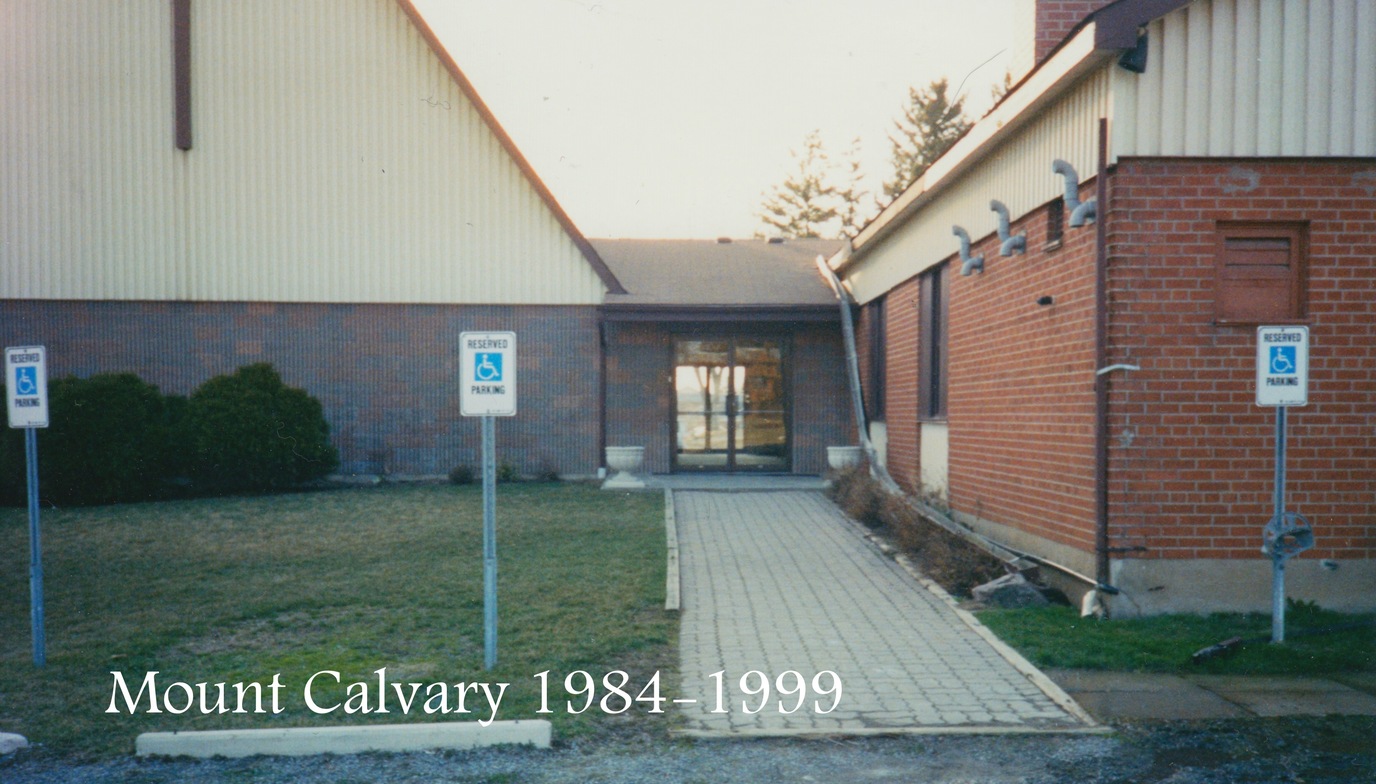 In many ways our two founding congregations had similar histories. Both began with a group of people holding services in rented quarters until the congregations grew sufficiently to make it possible to purchase property, and then built in two stages: first a multi-purpose facility suitable for both Christian education and worship, and later a sanctuary space. Both congregations ministered under the leadership of a succession of accredited pastors, and both experienced steady growth through most of their existence.

Westmount Baptist Church was the first church to be established on the West Mountain, with worship services beginning in 1947 in the Mohawk Trail School, and weekly services held since 1950. In 1951 a lot was purchased at the corner of Sanatorium Road and West 19th Street, and the first building was completed that year. The sanctuary was added in 1965.

Rev. Jim McBeth, one of the founding pastors of Harmony Baptist Church, was called to be pastor of Westmount in 1999.

The first organizational meeting of Mount Calvary Baptist was held in the home of Cal and Bessie Young in 1960.  Soon worship services and Sunday school were being conducted at the Barton Community Centre. In the early 1960s the church bought a two-acre site in the Aldercrest Survey, and then an adjoining property on Upper James Street, which provided a parsonage and access to the street. The first stage of construction was completed in 1963, and in 1983 the sanctuary was added.

In 1999 the church called Rev. Stan Grummett as their pastor.  He was the other founding pastor of Harmony Baptist Church.

After the two congregations merged, the property occupied by Westmount Baptist Church was sold, and the Mount Calvary site was renovated and expanded.

Harmony Baptist Church has been enriched by the combined strength of two congregations with their gifted members, and a growing number of new adults, young people and families have become associated with the church since its formation. We praise God for the many ways in which he is blessing our church and enabling us to witness to his grace in our city and to the world.